The King of the Posers 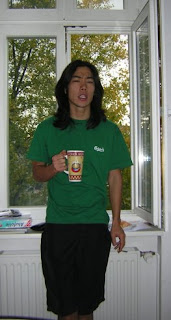 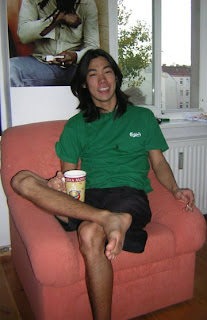 The King of the Posers is coming tomorrow

Yes, Daniel is coming to visit me tomorrow (Sunday) at 1.00pm. I am going to practice Spanish pronunciation and he is going to correct me. He has to work later and so we are going to meet earlier – just as well for I have to visit Micha later to sort out another learning problem!

Last week I went to visit him at his new flat in Kreuzberg. Nice area and flat even though Daniel lives the life of the true student and it showed in the flat. He had forgotten our appointment and just woken up. It was mid-afternoon! He works in the evening and parties all night so it no surprise that his day is the opposite to mine. Even so I got a few pics and here they are.