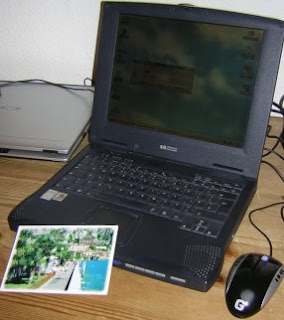 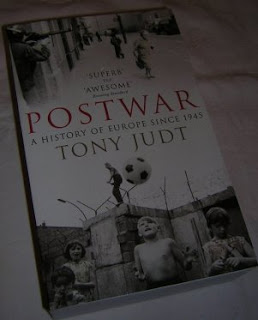 Saturday 4th October was Micha’s 69th birthday. I also got a postcard from Hermann who was on holiday with friends at Lake Garda/Gardasee in the north of Italy. He went on excursions each day for he is an ‘oldie’ who can’t just sit around all day.

He was travelling back as I went to Micha’s small birthday ‘brunch’ gathering. I went by taxi for I took a computer system I had put together for him as a present. Pity that I forgot to take my camera. I picked up the old laptop I had loaned him to get him started in the crazy world of computers and will loan it to another ‘oldie’ who wants to learn.

Micha is starting a Computer for Seniors course and the new system will be better for his eyes = a nice big monitor donated by Jan! And with a standard keyboard which will be easier to learn on. A nice day with lots of interesting chat.

Mr Postie delivered a nice surprise for me before I left for the party. A book from Ian Maxwell in London. He had read it and was sure I would find it interesting given that it is a social-political history covering my life span. Nice to get something else to read as the nights draw in. Thanks, Ian.