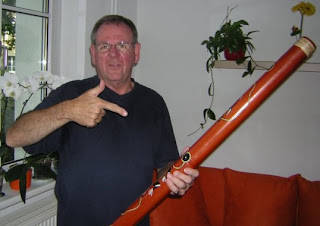 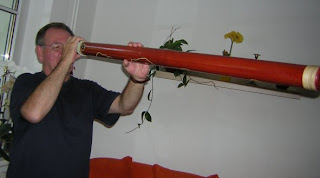 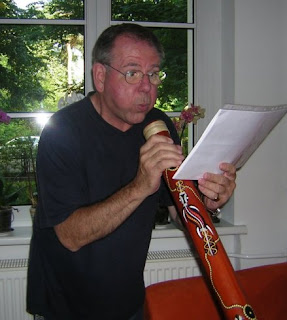 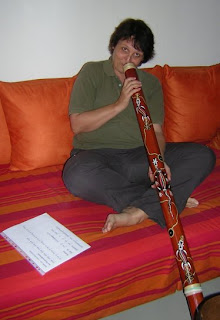 Tuesday 9th September – Berlin. I’ve had a really interesting day and made even better with late summer sun and blue skies.

It started with a journey into the wilds of north Berlin to a place called ‘Märkisches Viertel’. Ziya has just moved there and had a computer problem – didn’t undertand the English and some of the German. Nice journey there and finding the place. His problem was the Windows XP Service Pack 3 Update. I sorted that out, and a few other things, and galloped back home as he headed off to his dentist – not smiling a lot either!

Back in my nest, I cycled to Dr Birgit’s relatively new ‘chicy’ flat. There over coffee and cakes we caught up on the gossip of all the people we know, then she read something from my bank – which I didn’t understand after three readings – and said. “Rubbish, you can throw that away!” Next she called my Health Insurance company and sorted them out and wrote a short note of what I had to do. And then ………… wait for it ………………. we ……..’Did-Jeri-Doed’ Wippee!

I had never seen one or held one before, and of course, I didn’t know its po-po from its elbow! (As Geoff would probably say) You can clearly see that from the first two pictures.

I then tried it after Dr Birgit gave me the timely warning, with a little laugh in her voice, ” Blow it John, don’t suck it!” And so you can see me with full cheeks trying to wake the Aborigines in Australia. I don’t know if it worked, but the cat ran away!

After that, Dr Birgit took ‘the beast’, relaxed on her new huge sofa and ‘Didged’ a little ‘Did-Jeri-Do’ on the thing. A great afternoon. I think I shall stay with listening to my CDs, it doesn’t beat Beethoven or Wagner!