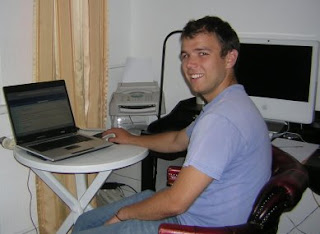 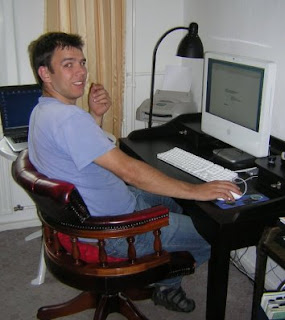 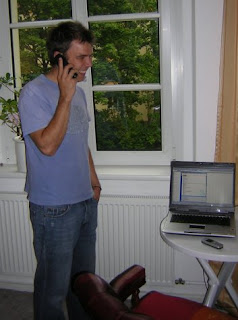 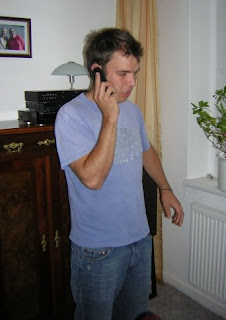 Monday 25 August and our hero arrived punklich at 15.00 Uhr as agreed. He was under a lot of stress to help out at home. finalise arrangements for his study year in the USA and see friends to say goodbye. It was, as always, really nice to see him walk through the door. We caught up on lots of news, plans and hopes for the next year.

He wanted to do a lot of work on the
internet, so I had set up my Asus on the balcony table next to my workdesk with the iMac. He quickly settled down to running both computers at once and I left him to it. Just a few pics to show him at work in the most popular corner of my living room.

As you can see, with regular calls both out – and in, from friends to wish him good luck. He was able to finalise everything and so a more relaxed Jan left to drive into town to meet a group of friends, and I galloped off to relax in the musical company of Angelika.

It was better for me in that I didn’t sit at home alone and worry about his flight and think how long it would be before we met in person. At least we can meet over Skype which we both used when he was in Grenoble and in BS. A nice afternoon leaving nice memories – and I even had the chance to speak to Arancha!